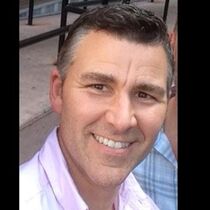 Happy New Year!  My name is Lee Bastyr and I am excited to take on the role of Treasurer for the National Mini Rex Rabbit Club.
I have been raising Mini Rex since 2001 when I acquired my first animals from Linda and Carl Summerall.  I quickly fell in love with the breed and my involvement grew. Throughout the years I have held various positions in local clubs as well as being a past District 9 Director for the NMRRC while residing in PA.
In recent years, life has come full circle and I moved back to my home state of Minnesota.  I look forward to this next chapter and being able to once again serve the club in this new capacity.
Hope to see everyone in TX.
Lee

Memberships below are about to be Expired and risk deletion Please renew if you see your name.

See all info below for Group judging started for shows in 2021.

Thanks to Lynanne Crippen for the chart
How does Group Judging work?
When judging in groups very little changes from the way we currently judge the breed.  Each variety still competes individually.  For example: Group 1 Self
Black     Senior Buck
Senior Doe
Junior Buck
Junior Doe

Best of Variety and Best Opp of Variety are still selected and legs issued for the wins according to current ARBA rules.

The new group process would :

Open Top 10 From Michigan Nationals are Here Youth Top 10 Here!
Open and Youth Sweeps have been updated with 2018 shows.
Indianapolis 2017 ARBA Placings for Youth and Open

Congratulations to the BOB and BOSB Winners from The 2017 ARBA Convention:


New Policies and Procedures and Current Constitution & Bylaws have been updated under the Constitution Page  under Membership services or click ﻿here.﻿
AFFILIATED SPECIALTY CLUBS